① Hardly had the new recruits started training when they were sent into battle.
② Disagreements over the treaty arose among the indigenous peoples of Africa.
③ If I had enough money, I would have bought a fancy yacht.
④ Do you want me to come with you, or do you want to go alone?

In books I had read-from time to time, when the plot called for it – someone would suffer from homesickness. A person would leave a not so very nice situation and go somewhere else, somewhere a lot better, and then long to go back where it was not very nice. How impatient I would become with such a person, for I would feel that I was in a not so nice situation myself, and how I wanted to go somewhere else. But now I, too, felt that I wanted to be back where I came from. I understood it, I knew where I stood there. If I (㉡)to draw a picture of my future then, it(㉢) a large gray patch surrounded by black, blacker, blackest.

(              ) test positive for antibiotics when tanker trucks arrive at a milk processing plant, according to the Federal Law, the entire truckload must be discarded. 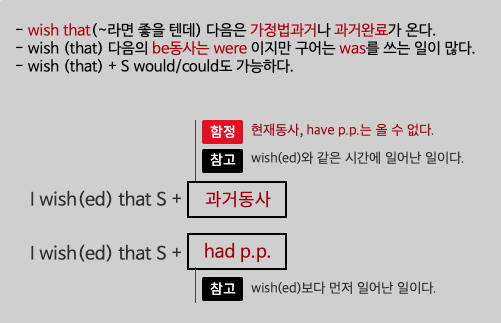 ① I wish I will use my imagination earlier.
② In Australia, donating is not a special but an ordinary act.
③ Tom might have been like that throughout his life, had he not found his son.
④ It is necessary that the language in any advertising campaign be examined carefully.

① 이 편지를 받는 대로 곧 본사로 와 주십시오.
→ Please come to the headquarters as soon as you receive this letter.
② 나는 소년 시절에 독서하는 버릇을 길러 놓았어야만 했다.
→ I ought to have formed a habit of reading in my boyhood.
③ 그는 10년 동안 외국에 있었기 때문에 영어를 매우 유창하게 말할 수 있다.
→ Having been abroad for ten years, he can speak English very fluently.
④ 내가 그때 그 계획을 포기했었다면 이렇게 훌륭한 성과를 얻지 못했을 것이다.
→ Had I given up the project at that time, I should have achieved such a splendid result.

Many studies ①have shown the life – saving value of safety belt. When accidents ②occur, most serious injuries and deaths are ③caused by people being thrown from their seats. About 40 percent of those killed in bygone accidents ④would be saved if wearing safety belts.

Our failure to provide full security to the American people has shaken the nation devastated by this terrible carnage and has stunned the whole world. It is high time that we (        ) our foreign policy in the Middle East.
① have reviewed     ② review
③ reviewed              ④ are reviewed